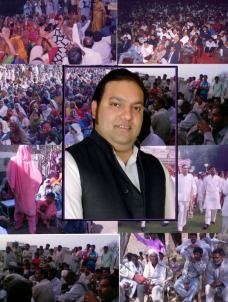 Yogesh Kirar - National President
The All India Dhanak Organisation   is the only National Registered Organisation which is working for upliftment and fighting for the rights of Dhanak – Dhanuk and Dhankas communities and other suppressed people of India. Dhanak samaj’s population is as per census of India is more than 500 Lacs. But this is a matter of great regret that 80% of population is living below poverty line. Today even after 71 years of independence we the Dhanak samaj are going more backward than other community. The only reason is because non of our  leaders came and fought for our rights and integrated us and if any Dhanak leader came, he came for himself – his family and made everything for his own. The All India Dhanak organisation is formed by our former National President Late Sh. Dharam Pal Kirar, who was Ex Commissioner and who Resigned his Commissioner’s Post only to fight for the rights of Dhanak samaj because on the Government service he could’nt do anything for Dhanak samaj openly. I, Yogesh Kirar, Present National President of All India Dhanak Organisation would like to share some of our Dhanak samaj facts for your knowledge. Our Samaj sacrificed time and time again and still we got nothing but  Poverty.  So I am trying to unite all the Dhanaks of India. It is impossible for one person to do anything alone. So I need your blessing – support and your presence. We will fight for our rights and get our rightful share which some other communities have been taking since many years. 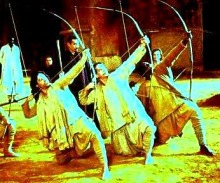 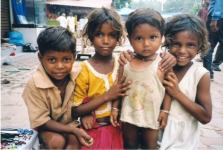 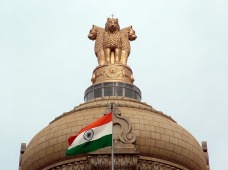 Your future is now in your hands , if you want to Fight for your rights and want your lost share and want happiness in your family life. You will have to fight & Unite all together and raise your voice in front of the Indian Governments. One of the other SC community got all our share from the Government and now they are enjoying all the benefits of schedule castes. They are now Ministers in Central Government, Ministers in State Governments, Governors, Ambassadors, Members in Parliaments, MLA, IAS-IPS-IFS and other Senior officer grades, they are in Central Corporations – Boards, They are taking all Economical benefits from Government in the name of Schedule castes, they are taking Party tickets for elections either for Lok sabha Parliament or Assembey  or for Municiple Corpn and they are also Members in Rajya sabha Etc.  Now a days everything is computerized  if you will not unite and wont  show your menpower countings  to the Govts. You will be going to face more poverty – Hunger and unemployement. .........So I request you to wake up Fight with Governments and snach your share from that SC community who is eating our share since  last many years.